Ernst is pictured here with his grandson with the trophies. 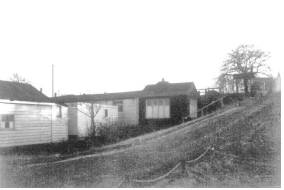